3 Tips for Handling Cash-Flow in Construction

The construction industry is booming, with more than $1.2 trillion worth of new construction put in place in 2017 alone. But for new and growing construction businesses, the challenges remain consistent. The most prominent among them: managing cash flow.

According to a Kabbage survey of construction firms, 28 percent cited cash flow as the biggest challenge during their first year in business, a concern that even outweighed finding new customers.

But there are solutions.

We asked three experienced construction business owners for practical ideas that helped them ease cash-flow issues. Here’s what had to say.

After spending much of his career in the software business, Greg Mills took over Phoenix-based company Bernie’s Brass—he’s since changed the name to M3 Metals—and was taken aback by the cash-flow challenges inherent to the construction industry. Part of his long-term challenge, he says, is to “find more ways to even out those peaks and valleys.”

Greg’s company largely works as a subcontractor, but one way he’s seeking to balance out his ledger is by finding more end customers. Subcontractors often have to deal with payments that don’t arrive for 60 to 90 days. Direct customers, especially corporate ones, tend to pay quickly.

One of those end customers is Hillstone Restaurant Group, a national chain for which M3 now does most of the brass work. Some of the jobs Greg’s company does for Hillstone are small, but they’re worth it for the cash flow alone. And when a more substantial job like a renovation comes along, it can be an even larger boon for his bottom line.

2- Break Up Your Invoices

John Montijo figured out soon after starting his Staten Island, New York, construction business, that he needed to do something about cash flow in order to stay afloat—and to preserve his own emotional well-being.

“It took me a few bad years to figure it out,” he says.

Eventually, John realized that he didn’t have to follow the industry standard of billing in three or four large installments over the course of a job. Instead, he broke his invoices up further, billing after each stage of a job: for demolition, sheet-rocking, windows, insulation, plumbing, electrical work and so on.

3- Take Advantage of Discounts and Have a Cushion

Joseph Millett dreamed for years of starting his own drywall company. He finally did it in 2006. Then the recession hit, and so did bankruptcy.

Joseph burned through most of his savings during the downturn, but he also devised new budgeting strategies. He stockpiles supplies, like painter’s tape and plastic, when local vendors have sales. And he utilizes multiple loans and lines of credit to bridge cash-flow gaps.

“I can pay for materials and supplies that way without tapping into my personal savings,” Joseph says. “The calm it gives me is worth it.”

If you need more information just contact us. If you are ready for your business loan.. Apply Here and Now. 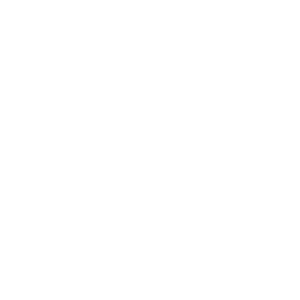